Pupils from Chestnut Class created their own mini sagas as part of the Young Writers’ ‘A Wander In the Woods’ competition. We are thrilled to announce that Daisy Carr (year 6) and Faith Whitney (year 5) have each been awarded a merit certificate for their pieces of writing. Faith’s mini saga is called ‘The Hopeful Sailor and the Black Portal’ and Daisy’s is called ‘Penny Manor’.

Their writing was judged to demonstrate imagination, creativity, originality and careful use of language. They are both thrilled to be published authors and to have their writing included in an anthology of creative writing. 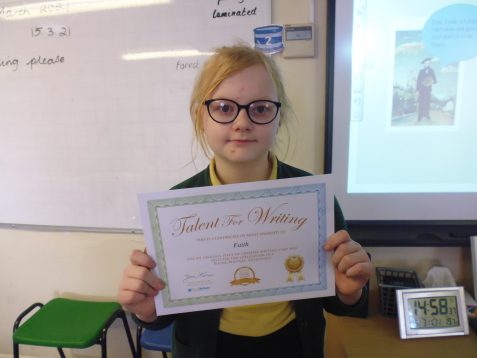 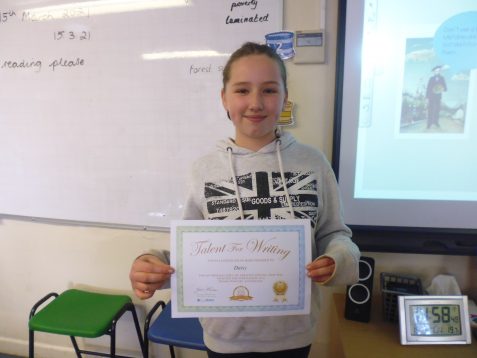